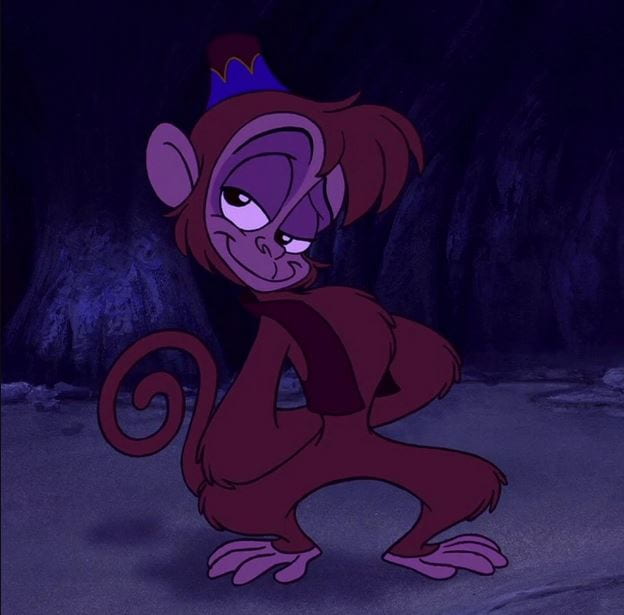 It was a sweltering Saturday night in Dhaka, the capital city of Bangladesh.  I was in Grade 4 and attending an extravagant wedding after party, with hundreds of people, that was as glamorous as the wedding itself.  The outside venue was well lit with scintillating chandeliers, draped with velvet carpets, all leading up to the golden stage at the front.  On it, sat a newlywed, looking sick of the number of sweets they had to eat from the guests.  When it was my turn, I tried to give them the smallest piece possible, which was appreciated by the bride, but I was scolded later as if the size of the sweet determines my character.  Being so young, I thought this was the worst mistake I have ever made.

Little did I know that I was about to do something slightly more dangerous that night.

Towards the end, my uncle noticed that my sister and I were getting bored with the monotony of the party. He knew that we would rather be exploring the midnight streets of Dhaka than sitting politely, with sweaty makeup and scratchy clothing.  After convincing my mother for twenty minutes, we were finally allowed to go down the street for a surprise.

“Do you want to see what Bangladesh is really made of?” he asked gleefully.

“Yes, uncle!” we answered with the same enthusiasm.

I hiked up my lehenga* and walked beside my uncle, listening carefully to the vague hints he was giving us.  All I could conclude was that it was outside like the after party.

Finally, we reach a bristol board with red Bengali letters that sat in front of a rusted copper gate.  I got scared of the eerie creak of the gate and clutched onto my uncle’s hand, my heart palpitating ever so slightly.

“It is okay, Nazeefa,” my uncle reassures. “I have a friend who works here and he would be more than happy to show you and Nabeeha around.”  My sister looked confident on the other side, so I straighten my back and follow them through.  I was older, and I needed to act accordingly.  When we entered the lot, a small man greets us with a heavy villager accent that I struggled to understand.  I picked out a few words like “cages” and “careful” but I was too busy taking in my surroundings.

Numerous metal cages were perched on concrete stands in a circle around us.  They held a variety of apes that shifted their eyes in our direction as if our arrival was a very interesting event.  After a bit, all of them put their original sullen look on their face again, except for one.

It was not anything special.  The monkey was the size of a toddler, with streaks of silver in its brown fur, making it look elderly.  Clinging onto the vertical bar of the cage tightly, the monkey lifted its furry chin up until we were face to face, curiosity keeping its eyes wide open.  Being nine years old, I thought it was the cutest thing I have ever seen, a real-life version of the Beanie Boos at ToysRUs.  Bending down and leaning in closer, I examine its light amber eyes with my dark brown ones.

I was speaking to it like one would coo a baby, “Oh my god!” I exclaim.  “You are so cute! Your eyes are so big, and your nose is so small, and—” 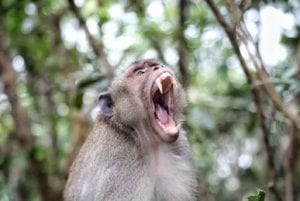 In the span of a few moments, time slows to the speed of an escalator in an old home.  Its mouth opened all the way, revealing vampire pearls lodged into its meaty gums.  The once beautiful looking eyes became a muddy red, angered by the strange behavior of a nine-year-old child.  My pupils dilate, as I see the monkey’s left hand straighten, and its ivory claws come towards my eyes with unimaginable speed.  Still, I continued to stare with wide eyes close to its face, wondering what it will do next.

To my surprise, my quick reflexes kick in without my permission, and I jerk backward, almost stumbling onto a cage behind me.  A monkey from behind claws at my spine until I move away, pulling a few threads in the process.  I survive everything with a scratch on my nose and eyelid, and an experience I will never forget.  Had I not reacted, I probably would have lost my left eye that night.

Looking at the monkey in shock, I wondered how something seemingly innocuous could be volatile as well.  My heartbeat spread across my entire body; even my fingers were pumping, making up for the oxygen that I was not breathing anymore.  It continued swinging at the air, as I scrambled after my sister and uncle – they had not noticed a thing.  Even though was too terrified to turn and look at the monkey once again, I could feel its claws digging into my spine all the way back to the party and on the way home.

I covered up the scar on my face with my mother’s foundation for the next week and kept what happened a secret for the next four years.  Now, it is a funny story I share with my friends and family, but sometimes, I think about how one monkey in the capital of Bangladesh could have changed my life forever.

6 thoughts on “A Monkey Almost Made Me Blind”