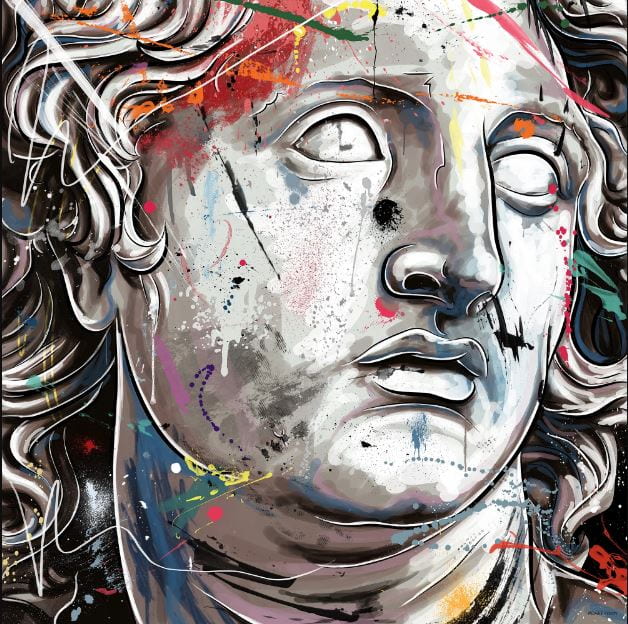 For centuries, history has been glorifying world leaders for their skill, dedication, and great accomplishments. Although much time and effort are required to reach a position of power, it is the general public that ultimately chooses their desired leader. As such, it is erroneous to lay responsibility on one individual for the prosperity or the failure of the nation they lead. Societies choosing them are composed of groups that collectively work within systems to produce results a leader decides, and it is the people who judge the effectiveness of the decisions being made. The mentality of those chosen to wield power, and that of the people permitting them, determine the nature of historical events — but does the individual, or the collective hold more influence? 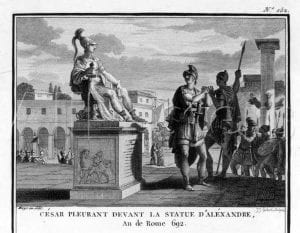 Alexander the Great and Julius Caesar were both aware of this teeter-totter of power. If enough people were unhappy with their actions, then they would be overshadowed by the stronger and credible lead of other men during their time. If the people were content, however, they would enjoy fame, honor, and personal wealth. They intended for the betterment of their nation but also wished to satiate the selfish need for attention and love of those they lead. To accomplish both, these men strengthened their ethos. 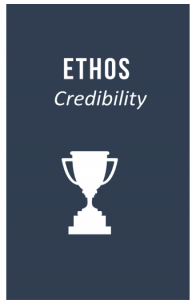 Ethos is one of the elements of Aristotle’s rhetorical triangle, that encourages persuasion through building a speaker’s persona, reputation, and/or image.  In other words, it gives the audience a reason to listen. Knowing the populace outnumbered them greatly, Julius and Alexander strategically created a persona of trustworthiness and credibility, ultimately persuading their people into supporting their cause. This essay will look at each leader’s approach to the ethos and its effectiveness in their journey of conquest. 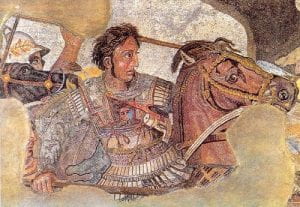 Alexander III was born in Macedonia to King Philip the second and Queen Olympia. At the age of thirteen, he had tamed an untamable horse, and his father was so proud, he said, “Oh thy son, look thee at a kingdom equal to and wealthy of thyself for Macedonia is too little for thee.” He was raised constantly told of his divine roots: a descendant of the gods and heroes, here on this earth to lead and be worshiped by people. Living up to the grand title was the purpose that Alexander used to fuel his ambition. It leads him to conquer nations and lead the common people to a future of prosperity.

Alexander was taught by Aristotle for three years as an adolescent. While his father was conquering faraway lands, he learned of the stars, sciences, mathematics, and Aristotle’s views on politics and morality. Form the very man who developed these philosophies, Alexander had the privilege to learn about the nature of humans, and how to treat them with respect. Doctrines of trustworthiness, authenticity, and credibility were infused within his mind from a young age and were later implemented in his war strategies in adulthood.

Alexander never tyrannized the nations he conquered, as other leaders had, but gave them a reason to like and support him. When he defeated the Persian empire, for example, he found the body of their king, Darius, on a field (his troops had killed him). Instead of neglecting the situation, Alexander ordered a proper burial to respect the fallen leader, which indirectly convinced the people of his sincerity. To gain peoples’ trust, one must build a reputation for genuine care and respect. The burial was symbolically representing his strong ethos, allowing him to keep the power in the country he claimed. In Persia and other empires he conquered, he only took away the political sovereignty of the previous rulers, but the commoners still maintained initial freedoms of culture, religion, and expression. 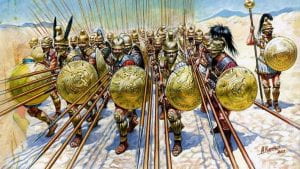 While being benevolent to the people in his conquered lands, Alexander was also well known for his compassionate attitude towards his military. Instead of being aloof and impersonal, Alexander conversed with his fighters, even choosing their uniform over his own. Leading all his battles from the front and empowering them with speeches, Alexander received unwavering loyalty from his soldiers. He built an image that they aspired to emulate: a brave and fierce man that loves his people and his cause. For an individual to prevail and lead a collective, they must be liked, and hold a sameness to their people, as Alexander to his military force.

His record winning streak in battle, and outpouring kindness to his subjects, reinforced the divine mindset he had grown up believing in. The people worshiped and loved him, which allowed the sustainability of his reign after he conquered the nations in battle. He never gave a reason for his empire to revolt against him. Moreover, when he passed away due to a bad fever at the age of thirty-two, people were unable to believe that such a great man could have an abrupt demise. His loss was felt in the Ancient World, and leaders hundreds of years later, emulated his persona; one of them was Julius Caesar, the first Ancient Roman leader to be assassinated in history.

To understand the events that lead up to his demise, one must understand the mindset and ideology surrounding power at the time. After ridding a dictator around four centuries prior, a man named Lucius Brutus took part in a collective oath with the people of Rome to never allow one person to hold all the power of their nation again. Centuries followed, and the Roman Republic was established and maintained. There was a senate, made up of educated men from the upper classes who made decisions based on the will of the people. The two head positions, known as the consuls, were annually replaced to maintain the accountability of the government. A dictator was granted absolute control only when the empire was in a state of emergency, where the decisions made by one person allowed for efficiency — this too, was yearly replaced. 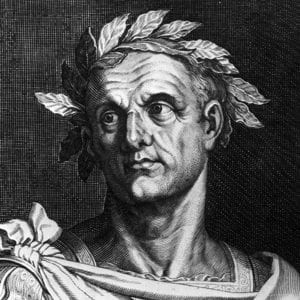 Although there were a few leaders that had taken the position of consul for more than a year, none of them were granted dictator perpetuo (dictator for an unlimited amount of time) until Julius’ reign. He had moved up military ranks, ran for consul, and slowly, was making his way to a king-like position, threatening the core ideologies of the Roman Republic.

However, like Alexander, Julius was well admired by his people. He passed laws that permit equal distribution of land among the poor. When the civil war escalated in one of his conquered cities, and the debt was getting high, Caesar enlisted an economic reform, which paid a large sum of the money back. His presence as a dictator was much more effective than the years of a senate making decisions. The people and even certain senators glorified his cause and legacy. Other senators, however, questioned his credibility. Is one person gaining too much power? What are Julius’ real intentions with the Roman Republic? Is his leadership going to bring the fall of the Empire? 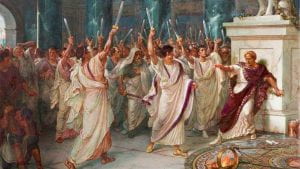 In other words, these senators were questioning Julius’ ethos. They saw him as an aspiring dictator, slowly gaining too much control, which would one day destroy the empire. Therefore, a group of senators, calling themselves the liberators, stabbed Caesar 23 times on the Ides of March (Sunday, March 15), representing a situation, where an individual’s ethos was questioned by others holding power.

The members of the Senate were also leaders of society, but the people did not support them. Caesar’s reputation for efficiency, sincerity, benevolence, and success, built while he was alive, left a lasting impact. Thus, instead of glorifying the senate for assassinating a man that challenged the principle ideologies of the republic, commoners demanded a lawful execution, and the liberators had no choice but to flee the country with just their lives. Julius’ murder did not destroy his lasting ethos but aroused suspicion of the ethos of the senate. Therefore, instead of bringing peace, his absence brought unrest until the presence of a trustable emperor came again. Julius paved the way for a monarchical system of government, and his grandson, Octavian was able to benefit from his actions, becoming the first emperor of Ancient Rome.

Leaders of history were supported by the masses that glorified their purpose and respected their skills. However, they only have as much control over their people, as the population will allow. For Alexander the Great and Julius Caesar, their power became absolute as soon as they were able to depict themselves as authentic, and credible leaders. They were efficient and provided results with their hard work and dedication, and their people responded with unwavering loyalty. Now, these two men of two great eras, are some of the most well-known names in our modern world. They left legacies transcending time, and are continually studied for their performance and success. Without them, our history would be much different, but more importantly, without the support of their people, and their strong ethos, their successes would have been much less glorified than they are today.