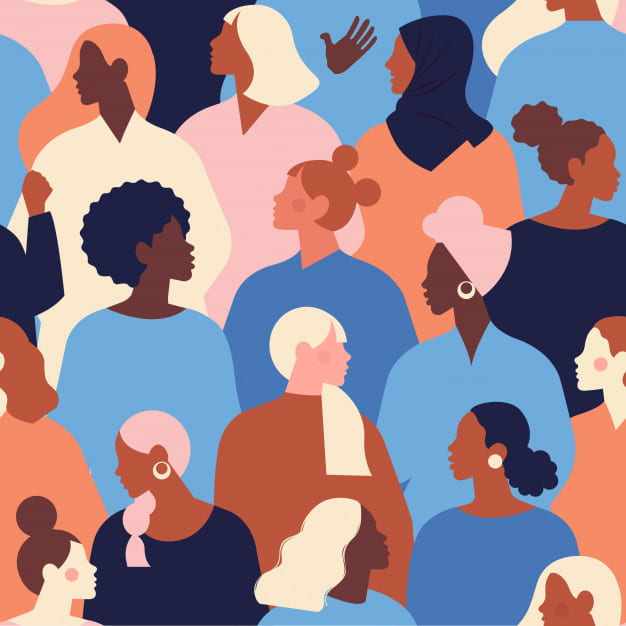 I had the honor of performing my poetry at Shelf Life Books for the Woolf’s Voice’s,  “Gender Bender”  edition. There were many amazing artists that both scared and inspired me with their talent. This is the poetry that I performed at the event:

I think that as a society, we have a very convoluted definition of feminism. None of these beliefs are truly wrong, but it’s important to realize where this movement and ideology started because, if not for certain historical events, if not for a shift in people’s mentality, if not for an internal need to act for women’s independence, the life of a modern woman, or someone who identifies as a woman, may not look like what it is today.

You can go as far back as 400 BC and see women like Agnodice who faced the death penalty for practicing gynecology, and her patients coming to her defense and relieving her of her so-called crime. That, in its essence, is a feminist movement. Her patients saw those gender roles shouldn’t determine someone’s skill and found it unjust that she was being accused when all she was trying to do, was serve her people with her educated mind.

If you go to 1691 and meet Juana Inés de la Cruz, you will learn that she wrote many secular books, and wished women to be educated, and believing “one can perfectly well philosophize while cooking supper.” That is a feminist ideology. She believed that performing one’s duties in society should not get in the way of one’s identity as a learner and thinker. She was being criticized when all she was trying to do was serve her people with her educated mind.

In 1790, Mary Wollstonecraft Shelley wrote a book called A Vindication of the Rights of Woman, where she “wished to persuade woman to endeavor, to acquire strength, both of mind and body, and convince them that the soft phrases, the susceptibility of heart, and the delicacy of sentiment are almost synonymous with epithets of weakness.” For all of this, she was called a “hyena in a petticoat”. She was being mocked when all she was trying to do was serve her people with her educated mind.

These women with a thousand faces,

all live the life of one,

her potent features diluted by the centuries,

vibrant as rays of the sun, but

history has its ways of dimming her worth,

of keeping her home,

of making her destiny

But a woman’s mind can be an educated mind,

if she learns to put herself first,

by internalizing the fight for her gender’s rights,

her collective history can be reversed.

All these women are

displayed in a garden of fruit,

supplied sweet nectar to bees who

disappeared with their loot, and

Leaving a dry-throated sapling on Earth,

aching to speak, to sing.

Her life was a sacrifice, beauty her youth,

but one can be deceived only for so long,

until the words that claw out are true.

So, the essays after essays written about the greats, and the

history books, all titled with a bearded face, are hiding

women tucked away under the lies of custom and

the guise of purity,

curled uncomfortably into the crevices of society, and

frankly told they were not a warrior, but a

a giver of life.

Women have a thousand faces, but

her one body is thrown into the hands of

enemies dressed as families, who forced

convention down her throat, her

sanity doused with agony, while they tied her down with ropes, and

whispered rules from rule books, while she

gathered up her dress, and sat cross-legged,

learning to smile and watch, instead.

But if she stands with neon posters,

and demands for equal rights,

If her tears clog street drains, and

Then these saplings, all with a destined fate,

Learned of a word called, feminism,

it sat uncomfortably on her tongue,

dripped down throats, and

It felt too good to be true.

A word, just for me?

How can I embrace independence,

when my body is an excavation

littered with picking and prodding

The corset of femininity has left red rashes on my back,

Sliced off my nimble stems, and

Bruised me blue and black.

My ghost has embraced centuries of men,

My hands have kneaded oceans of dough,

My fruits have swelled for ministers and monks,

My sacrifices are more than thee can ever know.

The likes of what is in a woman’s mind,

is something that only a woman shall know.

And in my teenage brain, I know that

I am so used to the taste of dirt, that I chug it down as fast as adolescent promises,

For isn’t it the nature of anything too perfect to

Only mess with you?

Sting me with their quick hugs,

Kiss up, make up,

How do people, who’s once electrified you, drift away like plastic bottles at sea only to show up at the same shore again to haunt your lucid dreams?

They just sit there, never biodegrade,

Sometimes choke a bird or,

You are as artificial as one can possibly be,

I don’t want your mineral water,

It is the zinc in the soil that now electrifies me.

And my trees will grow, and grow, exponentially,

but you will suffocate its height with boundaries,

My roots will plunge into the driest of lands,

And and escape like dust from cold, metallic hands.

My garden has a witty, wondrous mind, intelligent and knowing,

My dying leaves one day learned of the sun, its hue, warm, and glowing.

And although your dirt tried to bury me, my garden is still growing.