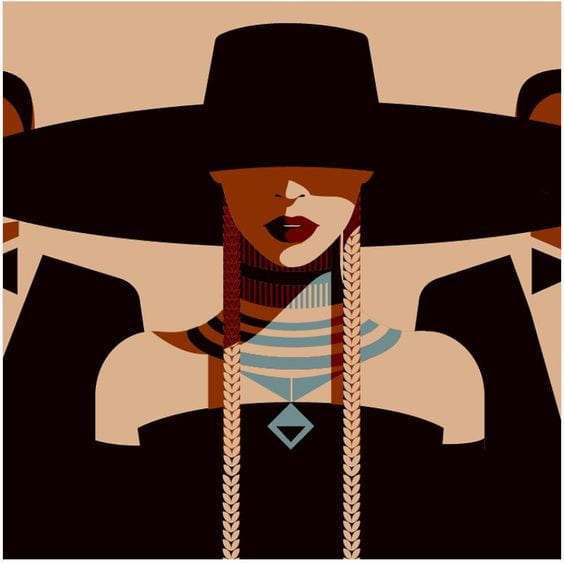 Her beauty was Titanic

but the spotlight glinting on her chest

had failed to find a heart,

of money, music, and men

all hidden in her hair.

She had few lifeboats on deck,

Why Safety when there was Pride?

of her movies reaching high and high

and she swallowed their words whole,

while many watched her enter the sea.

It took an iceberg in the dark

to freeze her fame –

For a scarred woman is unwanted

by movie and theatre attendees,

What happened to the Titanic?

The woman, the beauty of a man’s dreams?

Now they watch her old movies

and pity and laugh and wait

for the construction of another ship,

as beauty can always be replaced.

Before, the cameras were always rolling,

– freezing her every move –

creating a story full of glory and

idealism over truth her

body was a muse, and her

voice was abused to

allure people and things, while

she became intoxicated by the mad

“I am Titanic, Beauty of all Beauties,

the sea is mine, and mine only to travel

gliding from England to New York

with a speed and grace to dazzle

those who whisper about me with early morning grey tea,

among old women and young girls

that can’t fathom the extent of

real beauty so they look

at billboards, at films, at picturesque magazines,

all and all and

(Let’s not forget that

it took a floating iceberg seen too late

to freeze her fame and chill her company.)

obsessed with money and fame

but her haughty look and attitude put

even Narcissus to shame,

a ship in an unforgiving ocean,

Who did she think was going to win?

Staring at her reflection in the water until

the glint and greed of sapphire

pulled her body in.

A year of wood and nails and iron

and the sweat of working men,

created a Beauty for the Atlantic

to travel, again and again, but

three hours of pride was enough to

pull her graceful body down,

the seafloor is the home for

Sinking due to an iceberg,

– lack of foresight in disguise –

men jumped off her deck and trusted

the ocean more than her cries:

come and sail with me.

I will take you to New York, London, and Pah-ree and

when we reach our destination, I swear that you will see

the iceberg was a nuisance – a pawn of jealousy.”

In denial, she went – vanity and broken lungs,

an anchor pulling on a body so young, so

when the New York dock was empty the next day,

the papers wanted to know,

what happened to the Beauty,

the movie star of the show?

She had spoken bold words of owning the sea,

boasted of her strength, her size, her company.

and pity and laugh and wait

for the construction of a new ship,

as beauty can always be replaced.

I first learned about the sad yet beautiful story of the Titanic when I was in grade 2. I remember being amazed at the strength of such a ship, how sturdy it must have been to be able to carry so many passengers at such a high speed. It physically hurt me when I learned that such an iconic ship sank and killed so many.

After rewatching this movie, Titanic, I learned that the head engineers of the ship purposefully brought fewer lifeboats than needed. They refused to believe that something they had created could be destroyed. At the end of the day, this pride is what brought them to their downfall. The effect of refusing to accept reality is shocking, but cannot be avoided, symbolizing the iceberg. At the point of no return, it does not matter what accomplishments one has or how much wealth they have accumulated – everything sinks along with them.

It is easy to manifest power and ignorance, but humility in a world with consistent competition is a sign of true courage and strength.

I used the symbolism of the Titanic to represent the pride and vanity that comes along with beauty and fame. The movie star is infatuated with herself – like Narcissus – which ultimately proved to be her downfall. Sapphire was a symbol of how extravagant things need to be tamed. First, she held the jewel in her smile – over time, however, it descended to her lungs and stomach, taking away the very life she prided.

My three values in life are kindness, humility, and honesty. This poem is a reminder to me that no matter how happy I am with my successes, pride is not the way to express my happiness. I do not want to be at the bottom of the Atlantic disillusioned by greatness that was never there.

As for the poem itself, I followed a (mostly) solid rhyme, losing structure only when she was talking to show that she is not the esteemed individual she claims to be. The structure shows how an individual can claim to be at the top of the universe, but as soon as they boast about it, they have nothing left to show.

This poem as inspired by Ozymandias, by Percy Bysshe Shelley, and the line “My name is Ozymandias, King of Kings;” was emulated in this piece to become, “I am Titanic, Beauty of all Beauties.”

As mentioned previously, this poem was also inspired by the aesthetic of the movie, Titanic.

Also, I loved the theme song for this movie, My Heart Will Go On by Celine Dion. If you plan on watching the movie, do not watch the video below because it spoils everything.

4 thoughts on “But, I am A Moviestar”