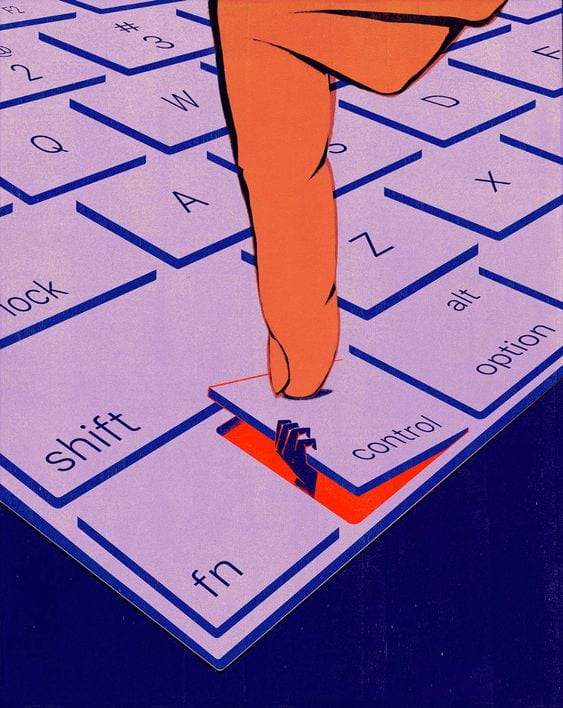 The following piece has been written for FFCA’s Rising from the Flames Magazine.

To protest, or not to protest – that is the question:
Whether it’s nobler in the mind to suffer
The slings and arrows of our adversaries without complaint
Or shout and hold up neon signs,
demanding what is just without pause. To be silent, and secure – and by silence, we end
The heartache of confronting the injustices of our world, and the thousand melancholy emotions
that human beings are prone to. Security in the face of oppression is something
devoutly to be wished. To be silent, and neutral,
But neutrality is to obey: there we go.
For in that state of compliance, what life will we live,
When our freedom of speech is eventually taken away,
Must give us pause.

In silence, there is ignorance, some might say. That no matter how tightly we grip onto a neutral standpoint in hopes of the tide ebbing, the pressure will continue until people have had enough. It will then lead to people conglomerating for the cause they believe to be right, in hopes of changing something they believe to be wrong.

To protest or not to protest. This is the question that has gripped 2020 at its throat.

As an individual who consistently kept up with the news even before the pandemic, the multiple protests erupting globally came as a shock to me. It seems as if the world’s voicebox had cracked in two, and the cacophony of anger and chaos conquered all other emotions.

Streets were filled with bodies, battle cries, and banners, all targeted towards the systems failing the people, or people failing people. Protesting has stripped humanity of its ideal image of self and left a scarred and frail body behind. The 7.8 billion people in the world could not simply blame all of its problems on a virus. Therefore, the blame fell on something a bit more tangible – people.

When the world was still moving, people did not have time to pay attention to the system’s shortcomings, as we were too preoccupied with our struggles to bother. However, months and months of quarantine have allowed us to tune into our world and listen to what it needs. Our Grade 12 protest regarding exam break and online classes is a prime example of this phenomenon. While we were at home, with nothing to do other than homework and texting friends, many of us came together in hopes of changing a decision to accommodate our needs and wants. Never in my four years at FFCA have I seen the student body directly oppose a decision made by the administration. Moreover, the conversation was opened with great character and leadership – from both sides – and I am proud to have been a part of it.

Thus, people with the time and the means will call for justice, truth, and change.

Protests are both impactful and dangerous, however. On one side, they are the prime example of human strength, showing that if enough people come together and call out the wrong, real change can happen. Protests of the past have indeed shaped the mentalities and attitudes of today. The phrase “I have a dream” by Martin Luther King Jr. in the 1960s has been ingrained into the hearts and minds of many in the 21st century, which is why segregation is no longer present. Gandhi’s emphasis on peaceful protesting led the strongest of all empires to scurry away from his motherland, ultimately bringing pride to Indian history books.

However, protests are also a form of mob culture. Somehow, whenever a genuine problem happens, some individuals always want to jump onto the bandwagon and attempt to ridicule and blame. As victimization and pointing fingers are their way of expressing discontent, little room is left for truth and reconciliation. On social media, I sometimes feel yelled at by aggressive and accusative statements made by people who enjoy adding fuel to fires that are already burning. Without knowing the full picture, they pull out their pitchforks and guns, ready to annihilate anyone that seems to fit the description of the adversary. As a result, protests create polarization and mob culture no matter how noble the initial intention.

For those who were unable to participate physically, there was an endless supply of Instagram stories, hashtags, and petitions to read and sign. For the heated days of these strikes, Instagram and Twitter would flood with a torrent of anger and disappointment. No longer was there innocent selfies, cringe-worthy captions, and fun trends like “until tomorrow” to blissfully enjoy. Instead, it seemed that everyone I knew – both adult and teenager – grew up a little bit and looked at the world from a different lens. However, as petition fatigue grew, the overwhelming problems in the world made some blindly sign all petitions without taking the time to thoroughly understand the issue. Some refused to sign any at all. I tried to keep up with the different events, but it seemed as if I was always behind – as if I was running towards one injustice at full speed, while another would be waiting for me kilometers away, disguised as a new hashtag trending on Twitter.

Recently, on Instagram, two girls were publically shaming each other for their respective opinions on the farmer protests in India. I do not know either of them personally, nor do I know how the fight started. All I know is that, as an observer, nothing came out of the fight other than more hatred. Protesting is an optimal environment for both fights and deliberative arguments, but choosing the latter option – one that could lead to a solution – is a difficult choice in the heat of the moment. As a result, the social media of 2020 is the place that everyone gathers, chants, blames, and ridicules those who do not fit into an acceptable mode of opinion. It seems that silence was not even a choice on social media, for if you are online, you are a part of the conversation by default.

Protesting gives those who have tolerated sub-optimal conditions a chance to be heard and understood. However, I believe that people should be aware of the adverse consequences of this noble cause. Yes, in a democracy, we are entitled to freedom of speech, association, and press. Yes, we are responsible to keep the system in check to ensure equality and liberty for all. However, we, as global citizens, have the duty to encourage all conversations that are respectful, peaceful, and truthful, and condemn ones that harm, deceive, and ridicule.