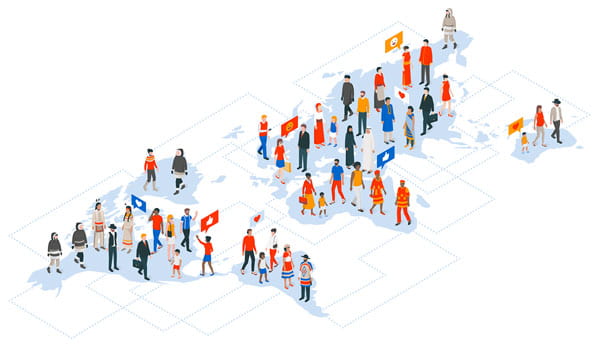 As I begin to write this piece, I know I am walking on thin ice. A governor’s prejudiced tweet from 2012 can resurface and ruin the image of their entire election campaign (Remember Justin Trudeau’s blackface photo? I think the whole world cringed). A liberal living in a conservative area is sure to have tensed conversations with others about gun laws, abortion, and homosexuality. Even people who say that they do not care about politics argue about its relevance with those that do. Politics and its effects are in the background of every conversation that we have, no matter how trivial.

But on November 4, 2019, I wrote in my journal that I felt guilty for not keeping up with politics. Whenever a conversation began to become opinionated, I rarely bothered to think about my side, as I wasn’t informed enough, and believed that I didn’t have the right to share my thoughts. Discussion of politics is best left to those that are paid to analyze them, such as the journalists on large news channels. Although I did watch the news because my mother believed it to be important, there wasn’t a personal desire to understand the world that I live in better.

Recently, however, my writing has turned more political than I had ever imagined. Before, I used to write for personal enjoyment because it gave me an outlet to express my thoughts creatively. However, much can be said about our worlds this past year and a bit – fiction is best left for a time which does not feel like fiction. As an individual living through these times, I would be doing myself a disservice if I do not write about the struggle we are going through.

Or, the struggle the United States is going through.

As much as I would like to be a part of their democratic process, with a well-researched opinion and thought process, I am not. But a position of an observer is a moderate one, which is a blessing in disguise. Most of the world is flabbergasted at the polarization of the citizenry and the mass protests that both extremes are taking part in. Instead of the majority being moderate, people are choosing sides, and the scales are about to tip – a sign that society is about to be shaken once again.

My goal is to convince you that there is a bigger picture in our world. I do not intend to force my opinion into your mind, but rather show you through logical reasoning and evidence. You can decide for yourself if you agree with my ideas.

This piece focuses on the role of the American moderate in shaping the course of history. They represent the majority in a world superpower, which is a position that shouldn’t be taken lightly. Political leaders take advantage of the fact that the moderate’s focus in life isn’t politics.

I felt obliged to write of reality this time because most people aren’t. Most people – including my past self – was obsessed with the idea of returning to a past.

But as time goes on I believe more people are realizing that there is no past to return to – that our lives will not be the same after 2020. It is one of those moments in history the has a before and after. They sit in the middle of our path and we have to work our way around it, forever changed in the process. Think about how many people are now waiting patiently for something to be said about the uncertainty. A small child in Brazil, Africa, Libya, Russia, Canada, and the States are watching this world, having no past to compare it to.

Before the pandemic, I always looked at people who lived during World War II as those who have been granted with poor fate. I used to feel sympathy for them for having to go through such trauma when they could have had a normal life as mine. Now, I understand that there’s nothing normal about any time period. It is every single day our actions, words, opinions, and choices, that give our history its meaning.

We tend to centralize our pain during the pandemic, forgetting that 20 other devastating ones wiped out previous civilizations. Wars, pandemics, depressions, and destruction are all a part of our history.

If I run away from politics for fear of polarization, then I have allowed both groups of extremes to win. It takes a lot of courage to take individual ownership of our roles and responsibilities – our actions in the present will affect our futures and that of our children and generations to come.

Moderates have the privilege to live through these times, and thus, also have the responsibility to act accordingly. The following piece is the citizen in me breathing out for the first time since the lockdown on March 15, 2020. The virus, laws, and lawmakers have shaped these this few months of our lives with or without our consent.

But the citizen can choose what that change will look like.