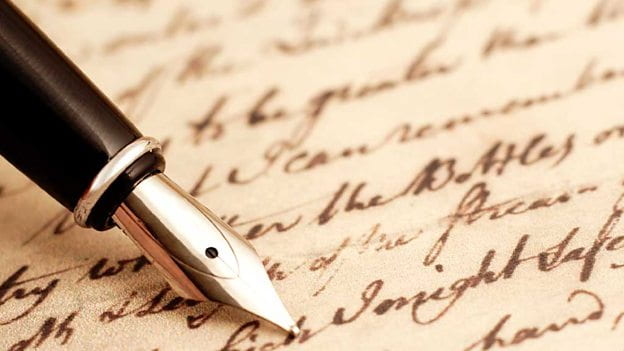 Poetry and Prose: A Reconciliation

I never thought I could possibly write a play. The thought of writing thirty pages worth of script with stage directions and interacting characters seemed like a daunting task, and for all of grade ten, it didn’t even cross my mind. I was always a prose or poetry writer, and I purposefully kept those two worlds separate. How can someone write poetry with a plot? Doesn’t it get bland? In the same way, how does one weave poetry into prose writing? Doesn’t the story lose its flow?

Being unable to reconcile the two structures made me feel that my writing identity had a split personality. Every time I wrote, I felt the need to choose one and neglect the other.  It did not bother me much, as I could still write well, but there was an extra shine missing to my work.

Reading Claire Pittman’s play, “In This Moonlight” opened me up to a structure of writing that I didn’t pay much attention to before. Her characters were very complex and all the words they said added to the intensity of the plot. The possessive tone of the husband’s voice contrasted with the submissive attitude of his wife provided a story scattered with innocent motives, relentless power struggles, and desires for personal satisfaction. I love her ability to take such a cliche idea of an unhappy marriage and make it intriguing and complex.

I knew that I had to write a play. It was so inspiring seeing a student write something so meaningful, and I wished to be able to do even an ounce of what she did. From her piece, I understood a different genre of art, how playwrights do not have the luxury of paragraphs of description, how they have only a stage and a couple of lights to change the world with their words, how confines can spark massive amount of creativity.

However, I underestimated the difference between a class act and a one-act. How do I find one idea, and build it into a thirty-minute play? As soon as I started writing dialogue, it came out as nonsense. I struggled to make my characters reveal their motives without directly saying them. I missed the security of paragraphs of prose and the ambiguity of poetry. Playwrighting was not any of the absolutes that I was so accustomed to.

So I researched. I read “My Hands Were Made for This” by Alysha Mohammed and “Daisy’s on a Thursday” by Hope. I immersed myself in Death of a Salesman, A Doll’s House, and Hamlet, and studied the art of dialogue with precision. I saw that lines in plays do not mirror real life, but rather perfect it. As Ms. Hunnisett told us (I wrote it down in my journal because I liked the wording so much), “Dialogue should do one of two things: move the plot forward or develop character.” What I was writing was words for word’s sake: bland and unnecessary. Understanding this flaw of mine was the easy part.

I could not think of an idea for the life of me. I watched a Bollywood movie called, “Andhadhun” which was about a blind pianist. I attempted to emulate the story but I essentially was taking the director’s idea and morphing it into a play. No matter how hard I tried to do so, by page remained blank. This was because I did not care about the topic. I just thought it was interesting. I was jumping for “could be’s” rather than sticking to what I know. My entire winter break was spent juggling this piece until I finally gave it up.

I promised a play and I was going to deliver one, so I really thought hard. What have I been reading: feminine novels and crime articles. What major themes were we discussing in AP: longing, illusions, and loss. What was I struggling with: a split identity with poetry and prose.

What is my play about: a woman who drifts between a dream world and a real one, listens to her three vices, and strives to derive truth from her confused, split, surroundings.

That was when I wrote like a maniac. Page after page, everything had fit together perfectly. Ms. Hunnisett gave me the idea of making each of her vices one of the elements, so I incorporated it in. Each had a different personality that added to the complexity of the piece while keeping it entertaining. There was one unused element, air, that I decided to make my main character’s cause of death: suffocation.

I made my character crazy, easily influenced, and naive, like me. It scares me how many similarities I find with her, considering that she is mental. I could see myself saying a few of her lines.

The best part of this experience was the reconciliation of the two worlds that tried so hard to keep apart. My play is nither lyrical, nor plot-driven, but a mixture of the two, which is why I love it so much.

This play is not just a play to me. It is proof that hours of work on something that you fall in love with does not feel like work at all. I would put off exam-studying just to add one more scene, to perfect a section of dialogue, to fix the formating in places. I started acting out certain scenes, imagining how it would look on stage under shining lights. Writing this play took over my life these past few weeks, and I am glad it did.

I know this was my first attempt at something so big. I know it isn’t even close to perfect. But I also know that I am proud of myself for learning something new this semester, and the fact provides me with sufficient happiness.