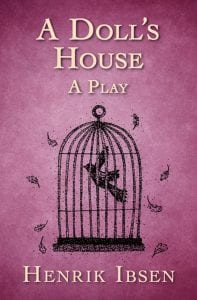 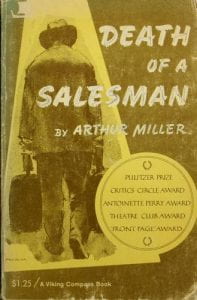 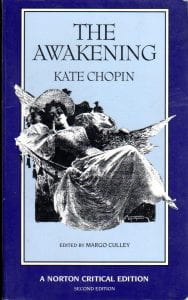 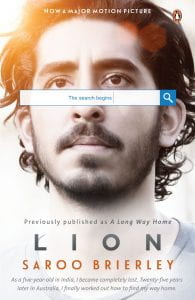 I really love all the books that I read this semester. Having the AP Language and Composition Exam coming up, I want to train my brain into understanding rhetoric and style. I would like to read:

Talking to Strangers by Malcolm Gladewell

Finding Lolita in Tehran by Azar Nafisi (finish it)

All the book club novels

I do not want to loose the momentum that I have gained this semester. This is going to be the first time in a year that I do not have any English courses, so I must take the initiative to continue reading and writing.

This month, I read a lot of classics, and feminine works. I think this influenced my writing a lot, as my Personal Exam was influenced by “Death of a Salesman” and my piece “How Far I’ll Go” was influenced by “The Awakening”. I have also explored a blog called “All Things Interesting” where they discuss old crimes, which has influenced the One Act I am going to post called “Air”.

I am amazed at how much inspiration I gain from the things that I read. My emulating the greats, my writing has improved exponentially, and I can only hope to keep it with me, and grow even more.

I have been trying to immerse myself in plays this month to help me write my One Act: this one was the best example I could have learned from. The story of Nora was of sickening submission and naivety that made me think really hard about history. Although it is abnormal to our generation, women from even a century ago lived a life dictated by the men in their lives, sometimes without even realizing it. Victor, Nora’s husband, would treat her as a child, calling her “skylark” and “song bird” to keep her oblivious. The symbolism of the bird shows her suffocation in the house, how her free-spirited mind was stomped out by Victor’s dominance. His treatment of Nora is almost satirical, and it is even funnier that this play was deemed inappropriate when it first aired. The people understood that a lack of knowledge is the best way to control someone. Surely, they do not want the women in their life stomping out after seeing an inkling of freedom.

My favorite shift was: (taken from Goodreads)

HELMER: But this is disgraceful. Is this the way you neglect your most sacred duties?

NORA: What do you consider is my most sacred duty?

HELMER: Do I have to tell you that? Isn’t it your duty to your husband and children?

NORA: I have another duty, just as sacred.

HELMER: You can’t have. What duty do you mean?

NORA: My duty to myself.

This shows the themes of liberation and self-identity. Nora realizes that her husband does not love her genuinely, but rather enjoys the satisfaction of having control over someone. She sees more of a purpose in her life than feeding and clothing her children, and walks out on him, showing that when an individual reclaims the identity that other’s have stolen, they will have an awakening/sense of realization of what they have lost.

This is also a diploma-level play, so if anyone enjoys themes of feminism, self-actualization, or just the tea that comes with a couple separating, this play is for them.

I read this play in September, so I will not reflect on it(see September Reading Ladder if interested). However, after reading it aloud in class, and watching the movie, I have a new appreciation for the story. Arthur Miller is a genius.

This was a story similar to “A Doll’s House”. Edna, a women who falls for a man outside of her marriage is living a life of dissatisfaction. Unlike Adele, she does not feel obligated to devote her life to her children, choosing to leave them with their grandmother while she paints in her house.

I liked the line, “She wanted to swim out, to where no woman had swum before” because the symbol of the water was weaved through the piece like a “thread” ultimately revealing her suicide. This book was also controversial when it was released, because it showed the independence a mother can have. Edna, even though a married woman, acts as per her moral code, refusing to stay home on Tuesdays as her husband orders, and even entertaining a man (forgot his name) from her past.

I liked the symbolism of the “two lovers” because they represented the naivety and innocence of affection before the commitment of marriage. It reminded me of the quote from Abhay, Pierce, and Tony’s writer’s seminar from Oscar Wilde: “I don’t see anything romantic about proposing. It is very romantic to be in love. But there is nothing romantic about a definite proposal. Why one may be accepted. One usually is, I believe. Then the excitement is all over. The very essence of romance is uncertainty. If ever I get married, I’ll certainly try and forget the fact” Edna may have had a loving relationship with her husband, but the monotony of marriage made her yearn for something more interesting.

Lion by Saroo Brierly (★★★)
This is a true story about a boy who was accidentally separated from his family and was adopted by an Australian couple. In his adulthood, he uses google maps to reunite with his family. There is also a movie of this story, which is deeply moving and made me consider how lucky I am in life.

In his book, even Saroo admits that he is very lucky. Only one in many get a chance to go from poverty to a life of affluence in a developed country. Many children are put into sex trafficking and the organ trade if they are found without parents.

The reason I did not like this book, however, was because of its lack of complexity. Compared to the other books I read this month, this seems like a middle school read (I knew this when my brother finished the book faster than I did). This semester of constant reading and writing has shaped my tastes. Had a read this book in grade 10, I may have enjoyed it more. Now, I feel as if I have outgrown it.

I will do one reading ladder at the end of secound semester, because I will forget to do it every month.