This page will continually be updated while I am social distancing. It is a way that I will keep myself accountable. Starting from March 15, 2020 to September 7th, 2020: 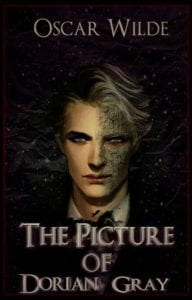 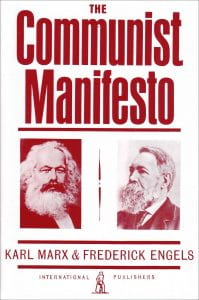 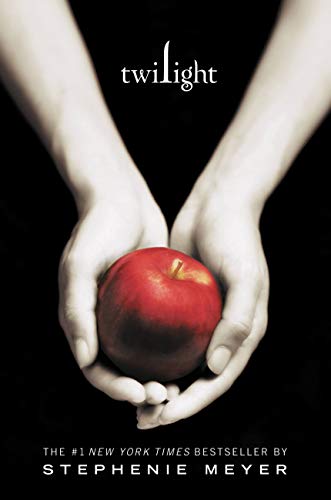 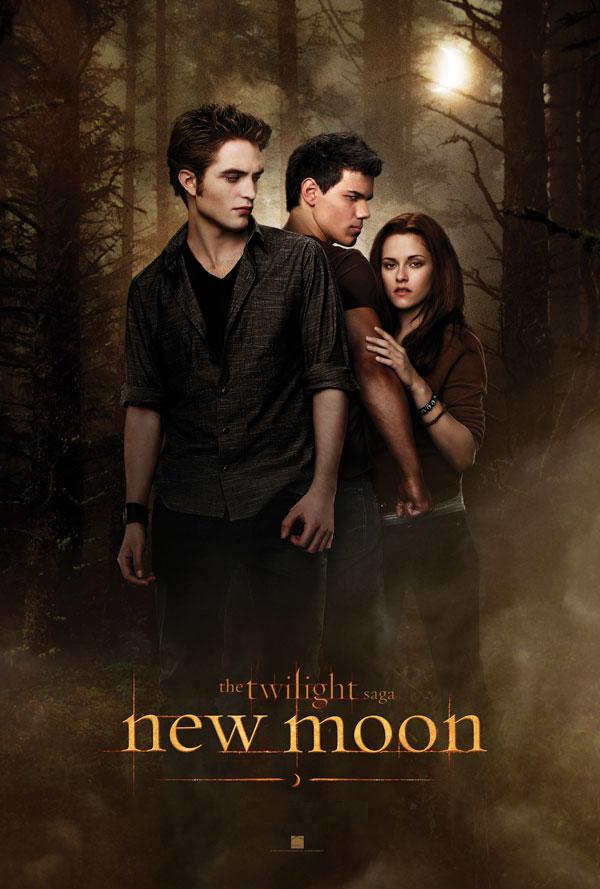 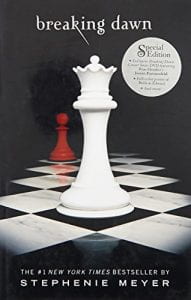 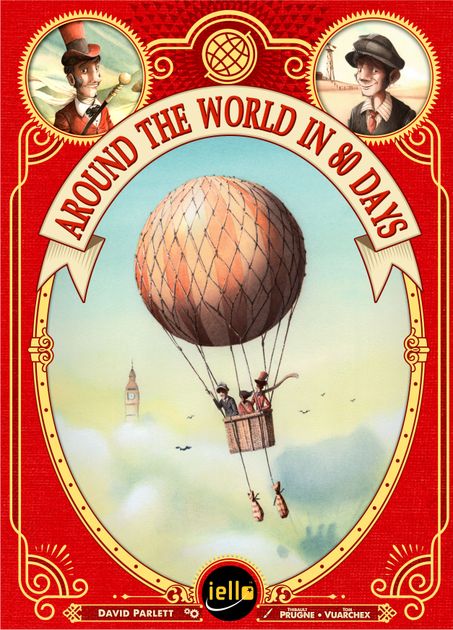 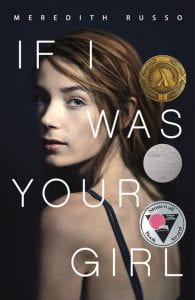 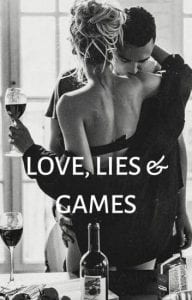 *assuming that each Chapter is 3 pages long

The Language and Composition Textbook: 150

After Twilight, I went into full SAT prep and social 30 mode. I did not read anything other than reading comprehension passages and my social textbook. This is part of the reason I have not read a novel in so long. I hope that when school starts next year, I am able to read more novels. I am not happy with my daily rate because it is not representative of my true reading pattern. All of those twilight books over-inflated the numbers.

THOUGHTS (FOR COMPLETED BOOKS IN THE ORDER READ)

If I Was Your Girl by Meredith Russo (★★)

I think I have grown out of young adult fiction. Not that it was a bad book, but it was more that I craved that intellectual satisfaction I got from other books that I have read. The story of a transgender teenage girl trying to fit into a small town where everyone is judging her seemed pretty cliche to me. It seemed almost too perfect of a situation to be feasible in the real world. I am not saying transgender people are not bullied, but the events of the story seemed to flow too easily. Amanda had no character flaw that leads to her downfall, nor was there a symbol that tied the motifs together. It was like watching High School Musical. The only good young adult I have read would be “I’ll Give You The Sun” by Jandy Nelson. To use modern terms, “If I Was Your Girl” is one of the most basic books that I have ever read.

OH MY GOD! What have I just read? This was not even a story! It was more like a philosophy textbook written by Plato himself! I could not get enough of Lord Henry and his absurd paradoxes. Who in the world says, “It is only shallow people who do not judge by appearances. The true mystery of the world is the visible, not the invisible”? That is against everything that I have been told all my life! I apologize for my excitement, but only those who have read the book can understand the feeling of intellectual awakening experienced after being immersed in the twisted words of this author. It is a true masterpiece.

The desire for immortality is a part of the human experience. We have all wondered how amazing it would be to never age and always posses a youthful ardor and innocence in life. Oscar Wilde does an excellent job of destroying this dream that may have been developing in his audience. In his view, the only reason one even tries to maintain their morals is that others can see them. Our fear of judgment of those who have seen our past hinders an individual’s freedoms and personal desires. Dorian, due to the painting, does not have this burden resting on his shoulders, and it is this fact that destroys his soul. Ending the story in the way he did (no spoilers) also allowed for some level of subconscious closure for me as well.

My favorite quote was (I even changed my blog title because of it): “”I choose my friends for their good looks, my acquaintances for their good characters, and my enemies for their good intellects.” I like it so much because it makes me question my preset morals and beliefs. What I took away from this quote was that opposition that has the same level of understanding as oneself allows for personal growth. We should not wish for our enemies to be dimwitted, or else we are not challenging ourselves to be better people. A visible enemy is much better than a deceitful friend.

This book is going on my mental bookshelf of stories that changed my perceptions of the world. If Malcolm Gladwell and Lord Henry were to meet, I would think they would be great friends.

The Communist Manifesto by Friedrich Engels and Karl Marx (★★★★)

Reading this was very eye-opening. I have to admit that I did fully understand certain parts of the document, but I will read it again after I take Social 30 so I have a better grasp of the ideologies being discussed. I read this more like a persuasive piece – which helped considering the upcoming AP exam – and paid attention to its exacting rhetoric. I noticed how they bolstered the idea of communism by “liberating the proletariats” and referred to the bourgeoisie as “petty”.

Free trade was “in one word, for exploitation, veiled by religious and political illusions, naked, shameless, direct, brutal exploitation”. They also used the French Revolution – which we learned about in Social 20 – to illustrate how a feudal society only ever results in rebellion.

Historically, communism has not really worked out. However, the Cold War and its associated opposition against any sort of communist regime left a prejudice on society. Maybe it goes against human nature to avoid the individual/selfish thinking encouraged through capitalism, but the basis on which this ideology was founded – to diminish social classes, make the family relation more than a “money relation”, see workers more than “instruments of labor” – wasn’t inherently evil. I am not saying that communism is the way of the future, but the core values should not be overlooked.

I think everyone should read this simply for the sake of understanding the forces that choreograph the movement of our society.

I am not against romantic books, but when the attraction towards someone trumps the flow and intensity of the story, then what is the point of being in love? A romantic novel, in my opinion, needs to have more substance than “I love you so much” and “I don’t deserve you”. There needs to be a hidden motive – a backstory – a reason to like and care about the individual characters.

The main character, Charlotte, meets a dreamy boy with a six-pack and bulging biceps at her father’s business meeting so she decides to hit on him and somehow they fall in love? And he is also surprisingly rich with a penthouse at the age of 24? Where is his STUDENT LOANS? Why does he never lose a fight? Why does Charlotte sound like Barbie with her “platinum blonde hair” working in a boutique that her mother owns in the heart of a large city? Can we be a little REALISTIC? The characters sounded like they came out of a Bruce Wilis “Die Hard” movie. Even “The Notebook” wasn’t this cheesy.

I sound harsh, but try reading the book for yourself, and you will see what I mean. No hate to the author though. The writing itself was very polished.

The story is about a man, Phileas Fogg, agreeing on a wager – if he can travel around the world in 80 days, he will win 20 000 pounds. Pretty simple idea. However, the story was not really revolved around character development, but rather the fluctuations of plot. There was a constant reminder about time, and how worrying about what could happen only results in a loss of time. Regardless of the numerous delays and conspiring that hindered his progress, Mr. Fogg did not react. Personally, this story showed me two types of people: those that let situation dictate their emotions and those that do not. I fall into the former category, overthinking even the smallest of things, only to find out the final result isn’t half as bad.

The reason this story was so bland was because of its lack of character development. I really didn’t feel for anyone in the story. There was no initially, then and finally to keep track of. It was a “what is going to happen next plot” that was decent but not extraordinary.

The Twilight Saga by Stephanie Meyer (★★★★)

I forgot how much I love this series. The last time I read it was in my late elementary/early middle school days where I was obsessed with fantasy. It was difficult for me to read the entire series at the time, and I did struggle to understand some parts, but I am truly enjoying it now.

Meyer has a fascinating ability to world build while coexisting beside the real world. Since I already knew the sequence of events, I really focused in on her pacing, tone, character development, and subtle hints that she used to make her fantasy world become reality. I could not put my Kobo down no matter how hard I tried, and the child in me wished to be a vampire, to belong to a hidden world that was much much more exciting than my own. I can understand why people where fascinated by this story when it came out in the early 2000´s. Back then, vampires and werewolves were not as popularized as they are today – mainly due to her. It was really inspiring to read this book because I think that fantasy writers should receive more credit than they get. Having the comfort of a setting that already exists is one thing, but methodically fitting that in with your own imagination requires a different level of skill – a type that Meyer wields gracefully.

All in all, this was a very refreshing read after all these months of analyzing literary classics. I am back to reading teenage fiction for a while just for the sake of enjoyment like I used to but I will be reading Macbeth this weekend.