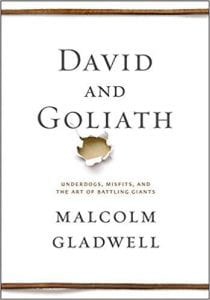 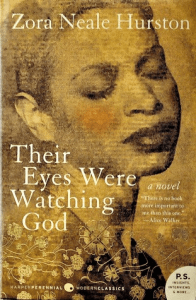 *Images are only for books that have been completed by October 31, 2019*

Pride and Prejudice (Jane Austen) – I underestimated the difficulty

The Language of Composition Textbook: 0

NOVELS I PLAN TO READ NEXT MONTH*

I’ll Give You the Sun by Jandy Nelson

The Tipping Point by Malcolm Gladwell

*I know, I know, that is a lot of books, BUT there is a seven-day break coming up.  I probably won’t go out much so I will just drown myself in these books so I don’t get bored (I do have a life I promise).

I find it funny how in grade 10, I could complete 5 novels a month, and now I am struggling to complete three. Finding the time to read is only now a problem. Never have I had to schedule a specific time in my day to read for a minimum of twenty minutes, but I guess that is what a difficult semester requires of me.

Regardless, my reading rate and variety are great. I explored a lot of non-fiction books and articles this past month. The New York Times is now my favorite source of news; I appreciate the variety and quality of their stories. More importantly, though, I wish to be more worldly-conscious than I am now. In my journal, I had written, “I feel guilty about not being able to keep up with politics,” because I need to be a global citizen that is aware of the many opinions, tensions, and sorrows circulating among people – knowledge of one’s surroundings is the best way to prevent ignorance.

David and Goliath by Malcolm Gladwell (★★★★★)

I loved this book, not only for the ideas themselves but for their presentation. He took a simple tale about a battle and made it into an all-encompassing metaphor. There is a subtlety to all of his arguments: they sneak into the mind and flips stereotypical thinking on its head. I did not even realize he was making me question everything I believed to be true until the book was finished. I said this last month, and I am going to say it again – Malcolm Gladwell is a great writer.

This book starts off describing the story of the underdog, David, defeating a hulking soldier, Goliath with a slingshot and a rock. The idea was, “Giants are not what we think they are. The same qualities that appear to give them strength are often the sources of great weakness.” Gladwell argues that an individual may view themselves in a disadvantageous situation, but if they can use that position to learn and grow, then their progress in life is much more powerful than those who get it easy. He admits that the position of an underdog is one of the worst places to be: “To play by David’s rules you have to be desperate. You have to be so bad that you have no choice.” However, the fight to move up the hierarchy is a life experience that instills resilience and a work ethic that makes one successful.

There are also very powerful quotes in this book such as, “Some pretend to be rich, yet have nothing; others pretend to be poor, yet have great wealth.” and “It has been said that most revolutions are not caused by revolutionaries in the first place but by the stupidity and brutality of governments.”
I recommend this book to anyone who enjoys challenging their opinions.

This book was heartbreaking. It graphically depicts the horrifying childhood of the author, David Pelzer. He was beaten, starved, and fed ammonia, all by his mother. He narrates in a child’s voice (a theme of innocence) and describes everything with excruciating detail that I had to put down the book a few times.

Pelzer’s life was perfect when he was five. His mother would take him and his brothers on adventures across California, but she started drinking excessively and lashed out at everyone. After a while, “Dave” became the ultimate target of her torture. While the other boys were playing outside, David would be sitting in a bathtub of cold water with his face submerged for hours at a time. His mother would give him time limits to get work done, and if he didn’t food was taken away.

During the 1980s, what happened in the home stayed in the home. Therefore, when the nurse at the school noticed the many bruises on David and decided to report it, she was risking her career by doing so. She had compiled a list of his injuries over the year and sent it to the principal. The police took David away from the family, and he was able to use this period in his life as an experience to better the rest of his life.

This book made me think about resilience and courage. Sometimes, when an individual is oppressed, they no longer question its presence and become submissive. They can also learn, and overcome. Moreover, by publishing his story, he was able to accept his past and courageously revealed it to the public, instead of hiding it. It is a great book showing the life-changing power of hardship.

Their Eyes Were Watching God by Zora Neale Hurston (★★★)

It was okay. I loved the imagery but struggled to understand the plot and characters. Janie was difficult for me to connect with, and I think it is because of the omniscient point of view; I would have preferred to be inside her mind. The main theme of this book is pursuing satisfaction, and the feelings would have been more wholesome if more time was spent discussing her internal thoughts. There would have been more clarity if we heard her opinion about each of her husbands rather than another entity stating them for her.

Disclaimer: I am in no place to judge. Hurston is an acclaimed author that played a major role in the Harlem Renaissance, and I am a high school student privileged enough to criticize. She won awards for writing because people liked her work. I am not discouraging anyone from reading this, and maybe after studying the book in class, I may change my mind. At first read, however, I lack feeling for the characters.

What I did appreciate, however, was the painting of pictures through words. My favorite quote was, “When God had made The Man, he made him out of stuff that sung all the time and glittered all over. Some angels got jealous and chopped him into millions of pieces, but still, he glittered and hummed. So they beat him down to nothing but sparks but each little spark had a shine and a song. So they covered each one over with mud. And the lonesomeness in the sparks make them hunt for one another.” I think that is a beautiful way to describe people.